We have two new family members... 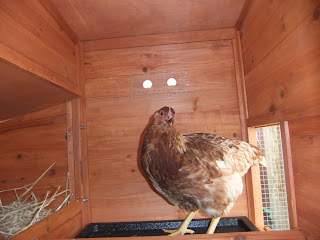 Yet to be named 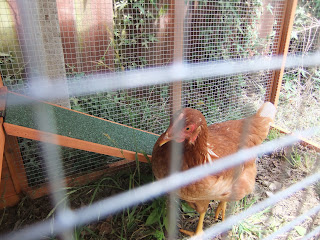 and Jane
Both are brown shaver pullets, known collectively as "The Girls" - they're about 17 weeks old, so in the next few weeks we hope they'll start laying some eggs for us.
We were also very lucky to have our Christmas box arrive from our friends in the USA yesterday.
Lots of Gluten Free treats, including such delights as snickerdoodles (which Big Brother thinks it the funniest name ever) and edamame crackers.  Both kids were extremely excited to have lots of new treats they could try.  I'm wishing there were a Trader Joes here because it looks like they have some cool things there. 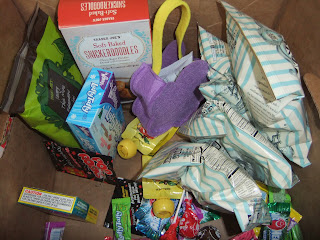 Little Sister loves her birthday and Christmas presents... lots of colouring books, a new book, a placemat (with Elmo on it) and a very cool puzzle cup.  Not to forget the Rams tshirt which she put on right away too! 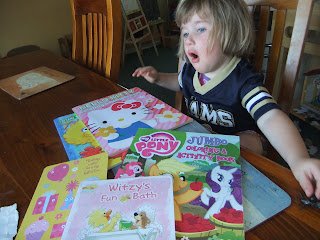 Big Brother was very excited to open his presents.  He was over the moon to have a whole pile of new books to read, including Where the Red Fern Grows, Dr Dolittle, The Wonderful Wizard of Oz, The Box Car Children and Run Away Ralph.  He's had his nose in a book ever since :-D  He also got a super cool Cardinals Shirt and a sign for his door... a very happy boy! 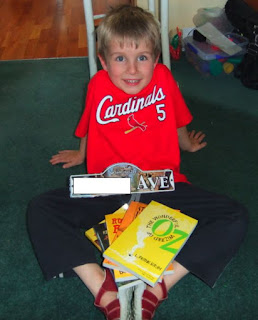 I forgot to take a photo of it, but there was a very cute snowman frame in there for me and C too...
Thank you to our wonderful friends!
Posted by Just Me at 1:54 PM