A gentle introduction back into the new term.

Big Brother has started a creative writing group on Mondays, which I'm hoping will help him see that writing is not the big evil he's tending to make it at the moment.  The first class went well, so here's hoping!

Also new this term is language learning with DuoLingo.  French for now, although he's had an offer to learn German with a friend, so we might switch if that goes well.

Sports continues, as do various music lessons, gymnastics and martial arts.  Getting back to Penguins was one of the highlights of his week though.

In more mundane matters, we're continuing with Hands On Equations, Life of Fred (of course), into the intermediate series now, and Kahn Academy for maths. Next week we plan to start drawing lessons using Mark Kistler's Draw Squad as our guide, and we'll use Atelier for some additional lessons when Little Sister is about to join in .  Little Sister has joined us as we begin to learn Latin with Song School Latin, and she has rediscovered her enthusiasm for Miquon maths.  She's also decided it's ok to do a little spelling and her reading has really taken off, so she's joining in more and more at school time.  She's rediscovered the joy of her hot dots cards 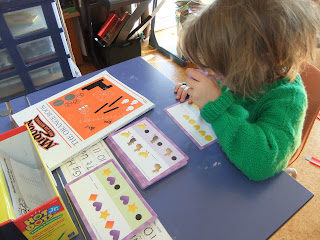 A big hit this week was bubble dough - corn flour and enough detergent to make a dough that behaves like both a solid and a liquid.   Lots of fun. 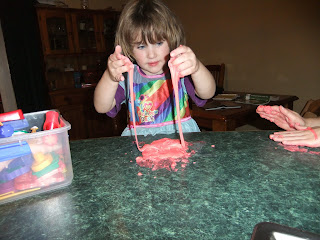 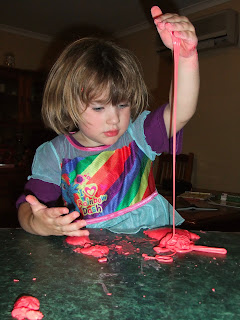 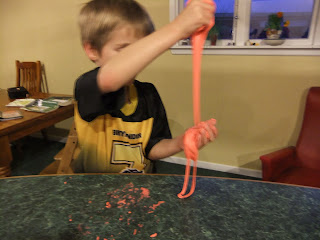 And last but not least, another song from Big Brother who has decided he wants to work toward his grade one piano exam this year.